Since 2006, TRAFFEST has installed traffic signs with changing data in Estonia when the first such signs were installed at the Luhamaa and Koidula border inspection posts.
We use two types of signs: prismatic and LED signs.
The prismatic signs consist of three-dimensional prism panels, which can produce three different images on the sign when rotated on their axis. The possibility of three images is the largest limitation of prismatic signs. Their advantage is their slightly lower cost.
There are many different types of LED traffic signs starting with signs with a limited number of symbols, where the sign includes exactly as many LEDs, as it is known to require different traffic sign images, to full matrix RGB displays where you can display almost anything you want, in multiple colours.
TRAFFEST has installed LED speed limit signs and information displays on the 2+2 sections of the Tallinn-Pärnu and Tallinn-Tartu highways, as well as in the city of Tallinn.” 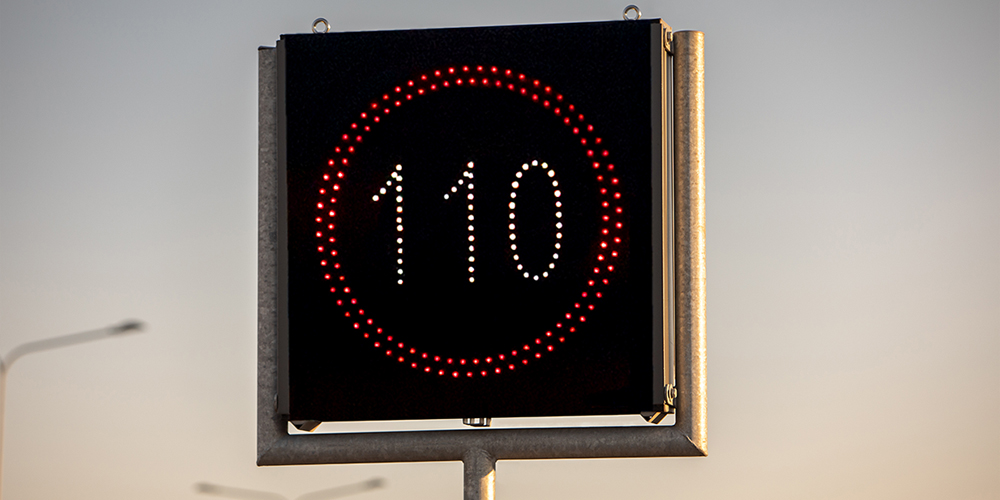