TRAFFEST installs speed displays on highways and city streets, as well as performs their maintenance.

Speed displays are installed in places where the road owner wants to provide a stronger indication of the valid speed limit, such as in the proximity of schools and kindergartens where highways enter cities and the speed limit is sharply reduced or other places where systematic violations of the speed limit are detected.

The speed display may also include:
– a storage device for recording events, thus allowing to collect statistics on the speeds used on the given road
– a communication device that allows downloading of information from the speed display, without attaching wires to the device 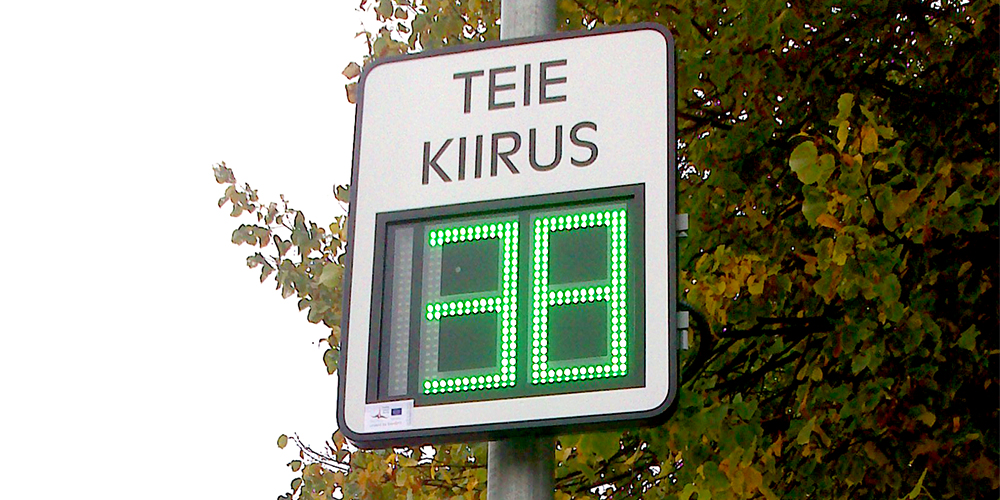